The Web of Life (Interdependence of all things) by Alan Watts 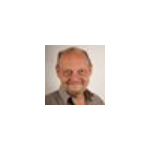 Subscribe for more inspirational videos. Web of life. Everything Game.

Alan Watts was a master at coaching others on how to live fully NOW in the present moment. If you like The Power of Now, The Four Agreements, and The Art of Happiness by the Dalai Lama, and you're interested in how to stop being stressed and start living an abundant life, you should listed to this recording.

Also helpful to Helpful for Law of Attraction and the Everything Game. And sometimes just fun to play at a party and chill with Alan Watts on in the background. Other speakers known for these mind expanding topics are Eckhart Tolle, Jim Carrey, Charles Bukowski, Ram Dass, and Terence McKenna.

Many of the concepts Alan Watts discusses share points of view with the likes of Marcus Aurelius, Seneca and other stoic philosophers as wells as ancient Zen Buddhist, Taoist, Hindu and Christian theologians.

Watts, along with many of his cohorts were known for exploring various ways of expanding the mind including LSD and other psychedelic substances. LSD was not banned in the US until 1967 so experimenting with it before that time would not have the same illegal connotations that it would have in today's America.
--- by True Inspiration

--------
Some background from wikipedia:
Alan Wilson Watts was a British philosopher, writer, and speaker, best known as an interpreter and populariser of Eastern philosophy for a Western audience. Born in Chislehurst, England, he moved to the United States in 1938 and began Zen training in New York. Pursuing a career, he attended Seabury-Western Theological Seminary, where he received a master's degree in theology. Watts became an Episcopal priest in 1945, then left the ministry in 1950 and moved to California, where he joined the faculty of the American Academy of Asian Studies.

Watts gained a large following in the San Francisco Bay Area while working as a volunteer programmer at KPFA, a Pacifica Radio station in Berkeley. Watts wrote more than 25 books and articles on subjects important to Eastern and Western religion, introducing the then-burgeoning youth culture to The Way of Zen (1957), one of the first bestselling books on Buddhism. In Psychotherapy East and West (1961), Watts proposed that Buddhism could be thought of as a form of psychotherapy and not a religion. He considered Nature, Man and Woman (1958) to be, "from a literary point of view—the best book I have ever written." He also explored human consciousness, in the essay "The New Alchemy" (1958), and in the book The Joyous Cosmology (1962).